The morning after our trip up Cape Tribulation, I awoke like it was Christmas morning.

Today was the main event, the reason why most people come to Port Douglas…The Great Barrier Reef.

We were signed up for a full day snorkel, including a guided snorkel with a marine biologist, at one of the great (and quickly vanishing) wonders of the world.

As we walked to the Marina, I was on pins and needles. I wondered if the water would be too murky and how Ari would fair on only her second snorkel.

We boarded the massive Quicksilver II and rocked slowly out of Port Douglas harbor to Agincourt Reef on the outer edge of the reef system.

Though it was a bit rainy and dark on the way out, the sun came out for us as we pulled into the snorkel platform. The reef itself seemed as though it was at the end of the world. Beyond the edge of the reef, the true pacific loomed, dark blue and with heavy waves crashing against the far reef. Donning a full, head-to-toe lycra suit. We were ready to go. (apologies for the below image) 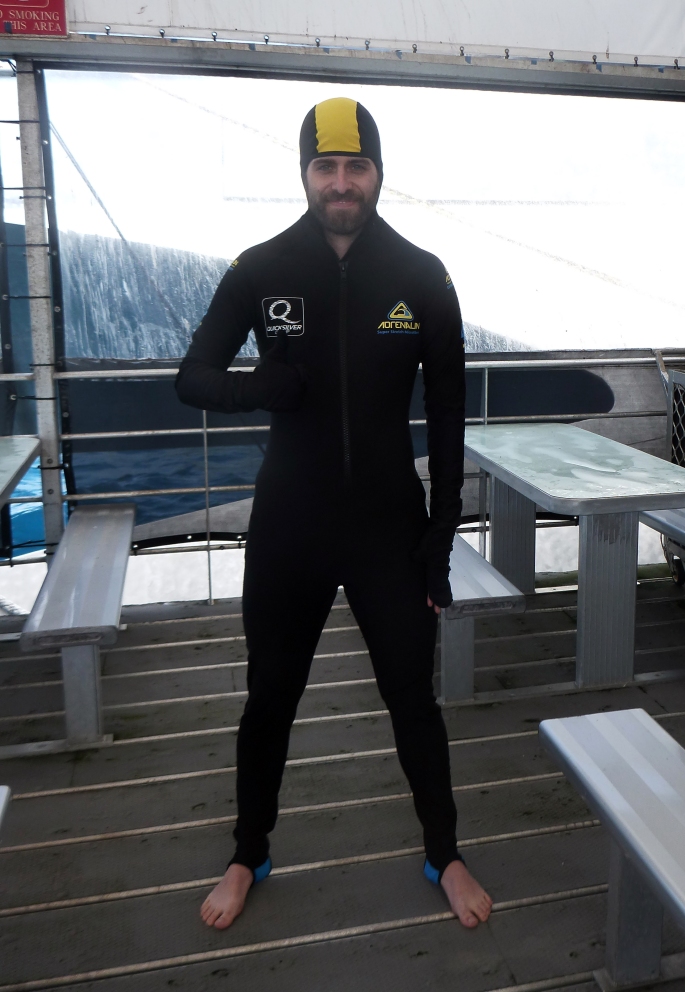 The guided tour took us away from the masses and out to the further reef where we were met with beautiful coral gardens in crystal clear waters, 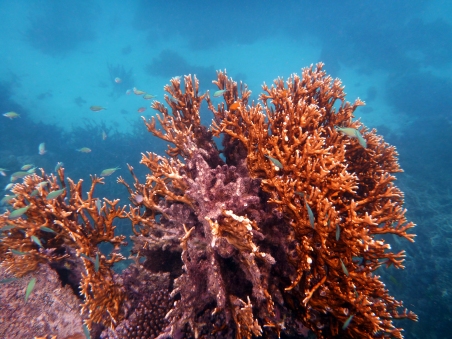 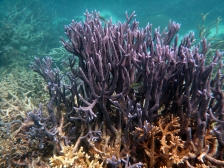 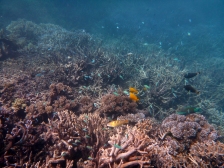 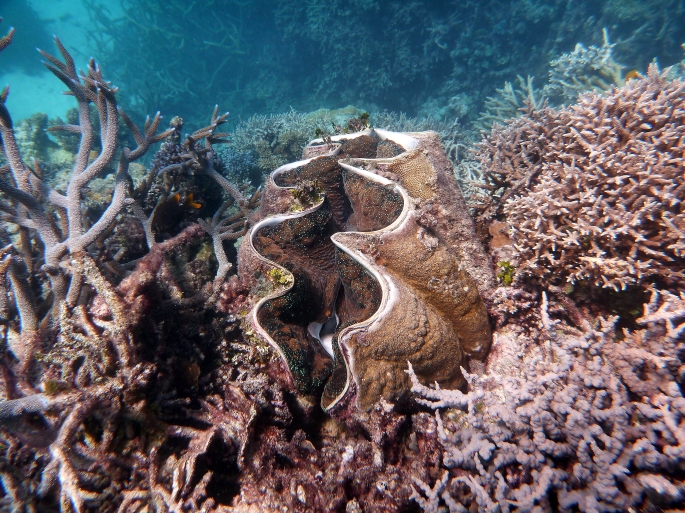 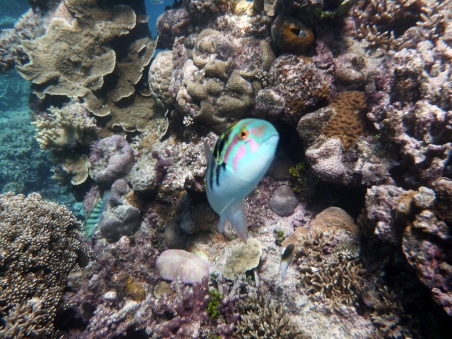 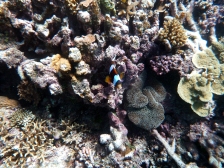 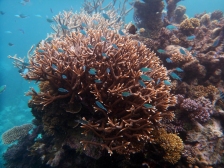 And even a sea turtle. 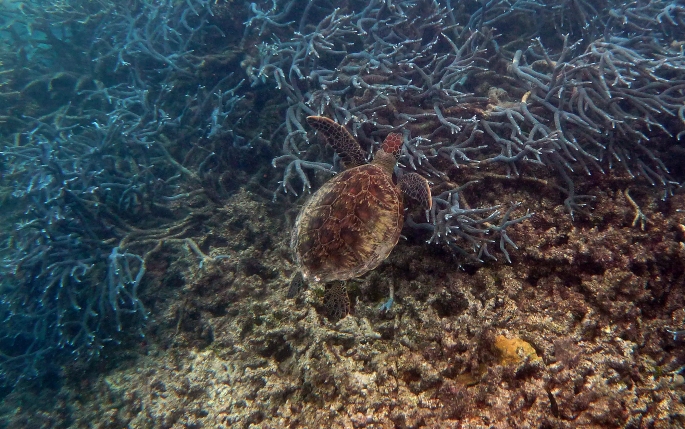 Rounding the bend, we came across a 5ft white-tipped reef shark, who was off before I could take a picture. Despite a bit of current, it was a fantastic tour, with the biologist popping above the water to give us interesting tips and lessons on the sea life around us.

After spending over an hour in the water, we went back in for a quick lunch, after which we immediately dove back in for more time in the water — staying until the horn sounded to bring us back.

What shocked us both was the fact that a full 1/3rd of the boat simply didn’t enter the water… not once. Instead taking glamour shots on the boat, drinking and, in some cases, sleeping. If you are one of these people, why?

The boat ride back had us both feeling satisfied for a day well seized.
however, I was to be challenged in another way that evening.

The night before, we noticed a circus running as part of the Carnival celebration.

Not just any circus, however, but one that billed itself as a, ‘Circus for grown-ups.’

The show, called ‘Rouge,’  promised a night of hilarity, operatic cabaret and sensational acrobatics. Perhaps feeling a bit more emboldened than I normally would be, mixed with a dash of showing off in front of Ari, I bought us tickets.

Now, with the show upon us, I was terrified.

What had I signed us up for?

My delicate and puritanical east-coast sensibilities were about to be shattered by these down-under rogues.

“Too tired after the snorkel? We can always just turn in early?” I asked Ari.

Typical Californian, I thought to myself,  no sense of decency.

With thoughts jumping between my old Catholic priests (I haven’t been to church in 18+ years) and my boarding school headmaster (15+ years on that one), I shamefully crept into the old-style big tent.

These seats are too close together, I can’t breathe in here.

I began to sweat.

Hands held crisply to my side, and wearing a button-down shirt and khakis for some reason, I bobbed and weaved until I was seated. I’ve never been one for parties or crowds and this was one crowded party.

Ari, loving everything, was laughing the entire time, pointing out the old ladies in the front row and the other patrons who were clearly dressed to attend the show.

What, I thought, do these people expect to happen? … Oh god, what IS going to happen? Maybe they know something that I don’t!

Then the lights went out.

Shrieks and hooting pierced the air. My back began to ache from tension.

Then the show began.

At this point, Ari was just as excited to see my reactions as she was to watch the show.

The performance was…not that bad! The jokes were no worse than your standard episode of South Park and, despite the occasional bawdy gesture, the primary focus was on the acrobatic and singing skills of the performers.

And honestly, nothing could ever be worse than my 30th birthday in Bangkok, but that’s a story for another blog…

Our final day in Port Douglas was a sad one.

we were both lamenting leaving  the warm sun, green jungles and beautiful waters. We did one final swing through the downtown area before (very) reluctantly boarding our bus to the Cairns airport.

As if to say goodbye, the natural world of Australia came out, with a resting crocodile and a mob of wallabies visible from the road as we drove back.

Ari’s final days in Melbourne were a blur. As I was working during the days, our remaining time together was spent in the evenings.

Saying goodbye is never easy, but this one was especially tough. Each day closer to her departure felt like an added weight. I hoped to avoid going to the airport to see her off — selfishly preferring to rip the band-aid rather than having to endure a long ride of inevitability. But, as Andrew said to me, “Mate, we’ve been over this…”

Sometimes I feel like saying goodbye has become an institution in my life — to my family and friends when I would leave to go to boarding school; to my roommates and friends, who would get kicked out the same school; to everyone in Massachusetts; and to all the folks I met in the odd times and inbetween.

I wait with Ari as she checks in, wishing I could be more numb, but somehow, over the past year, I’ve forgotten the art of burying my emotions.

The moment of truth comes and we say our goodbyes (several, to be honest) and she walks through security.

I hop on the bus and start the ride back, noticing that things suddenly seem a bit less bright. 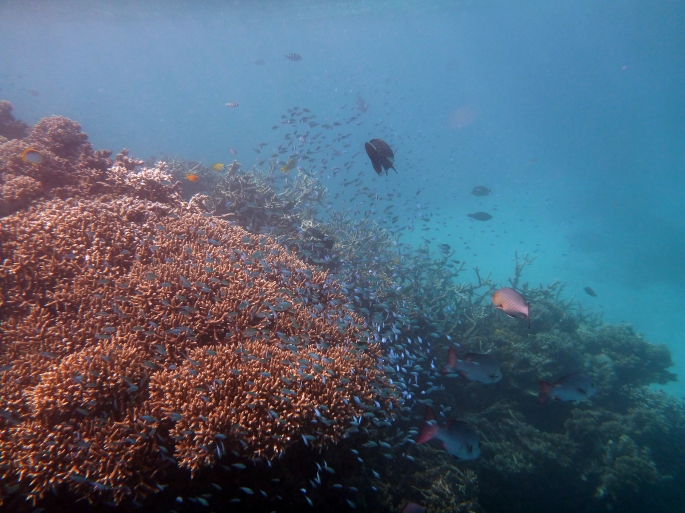 One thought on “The Reef and Saying Goodbye”